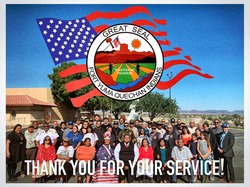 On November 11, 2019, The Quechan Tribe hosted the 2019 Veterans Day Celebrations at Tribal Headquarters.

American Legion Post 802 and the Women’s Auxiliary conducted the Salute and Laying of the Wreath for our Fallen Soldiers.

We were honored to have representatives of The U.S. Border Patrol, AZ Dept. of Transportation, Quechan Police Dept., Quechan Fish & Game and The Cocopah Tribal Council present.

After the ceremonies were completed, all those in attendance were provided a delicious BBQ Lunch, which was cooked and served by community volunteers: Alora Dugan, River & Paisley Montague, Leila & Cody Jose, Loki & Deana Morrow and Nolan Tourtillott. Thank you to the Quechan Indian Tribe & Paradise Casino Staff for all their efforts.

Most importantly, thank you to all the Veterans and Active Service Men and Women.

“As we express our gratitude, we must never forget that the highest appreciation is not to utter the words, but to live by them.” 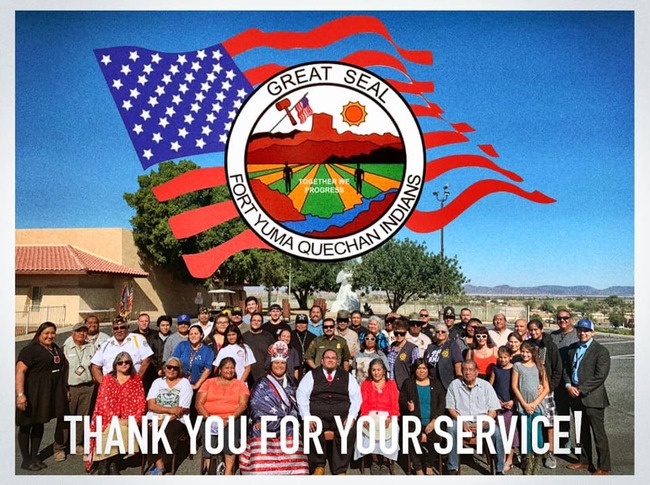