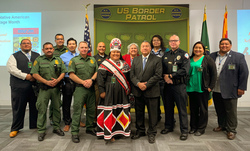 The USBP Operations Officer and Tribal Liaison Leroy Pooley served as the Master of Ceremonies and gave the Welcoming Address for all visiting guests. The Yuma Sector Chief Patrol Agent Anthony J. Porvaznik spoke of his role with the Tribes and gave a heartfelt introduction for Guest Speaker, Jordan Joaquin; President of The Quechan Indian Tribe. President Joaquin greeted the attendees, revisited his years of serving as a Deputy and retiring as a Sergeant for The Imperial County Sheriff’s Department, and spoke of his experiences with Border Patrol then and now as a Tribal Leader. President Joaquin said:

“Quechan Indian Tribe President Jordan D. Joaquin – On behalf of the men and women of the Yuma Sector Border Patrol, thank you for being our guest speaker at the 2019 Yuma Sector National Native American Month Celebration. Honor First!”

A big thank you to Operations Officer Bryon Strom for preparing a great Tri-tip lunch for everyone! 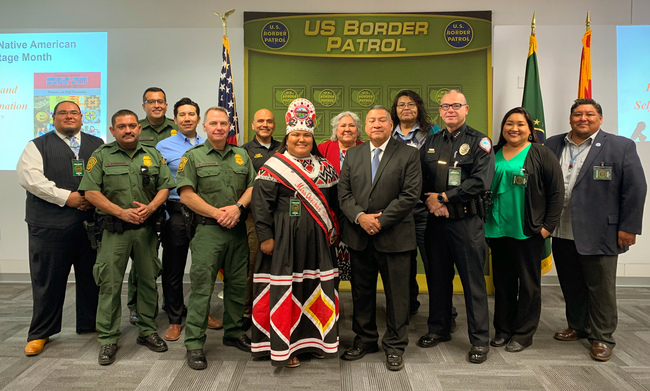 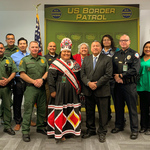