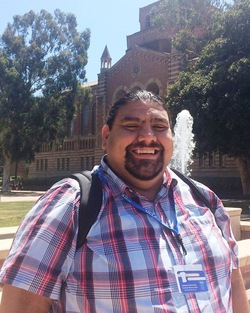 MORONGO INDIAN RESERVATION – Four Native American students from across California have each received a $10,000 scholarship from the Morongo Band of Mission Indians near Palm Springs as part of the 14th Annual Rodney T. Mathews Jr. Scholarship program.

“The Rodney T. Mathews Jr. Scholarship at Morongo was created to reverse the trends that have left Native Americans as the most underrepresented group in colleges and universities,” Morongo Tribal Chairman Robert Martin said. “We are happy to be supporting each of this year’s deserving recipients in attaining the education and skills they need to pursue their goals and improve their tribal communities.”

Since launching the program, Morongo has provided $470,000 in scholarships to 49 Native American students seeking to secure a college or post-graduate degree. The scholarship program is unique in that it is open to enrolled members of any of the more than 100 federally recognized tribes in California.

“I’m so thankful for tribal communities like Morongo supporting student success,” Langley said. “It is important to have educated Native Americans for the future of our culture, communities and tribal governments.”

“I felt so lucky and blessed to have received this scholarship from Morongo, especially since I was having a hard time financially,” Salcedo said. “As a non-traditional and first-generation student, I didn’t know I had so much support to go to school. It felt like someone believed in me.”

“Thanks to the scholarship from Morongo, I’ll now be able to volunteer more of my time to Indian health clinics since I won’t have to spend as much time working to pay for school,” Andres said.

“I am very thankful and so happy to have received this scholarship from Morongo,” Britton said. “San Francisco is such a different place from the small town I grew up in, but I love the city, my friends, and my classes.”

The scholarship program honors the late Rodney T. Mathews Jr., a Morongo tribal member and Hastings Law School graduate who passed away in 2004 after serving as a judge pro tem for more than a decade.

Scholarship applicants are considered based on their academic success and community service.  Candidates must be full-time students at an accredited college or university; complete 60 hours with a designated California Indian agency; and be actively involved in the Native American community. 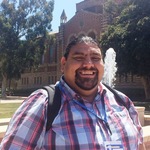