After the reps were introduced, it was time to honor and relieve the outgoing Shiiyii and Royalty.  Outgoing Shiiyii Parker handed over the sash to incoming Shiiyii Ms. Lorraine White; Parker thanked the children and the Community for her time in the position of Shiiyii. Next the Outgoing Elementary Royalty: Chloe Short & Elijah Thomas gave short speeches of thanks, as well as the outgoing Middle School Royalty: Kieya Palone & Killian Comet.

All the contestants performed well, had excellent presentations and exhibited a strong pride and knowledge of their Culture… but there could only one winner of the respective crowns:

The night’s event was concluded with closing songs by The Strong Hearts Native Society. 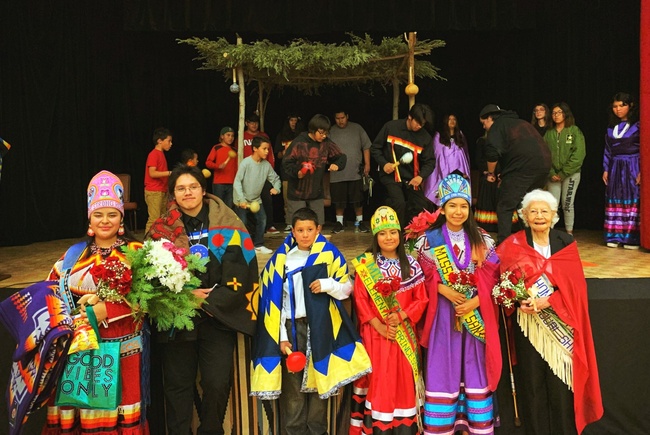 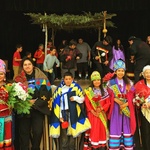