The inauguration started out by the Master of Cermonies, Mr. Wilfred Emerson introducing the Posting of Colors by the Quechan Post 802.  Officer John Nevels then sang the National Anthem before the Quechan Tribal Council was led in by Bird Singer Roland Golding Sr.

The Tribal Council then gave their thanks and acknowledgements before the closing of the cermony and prayer by Minister Darnella J. Meancon. 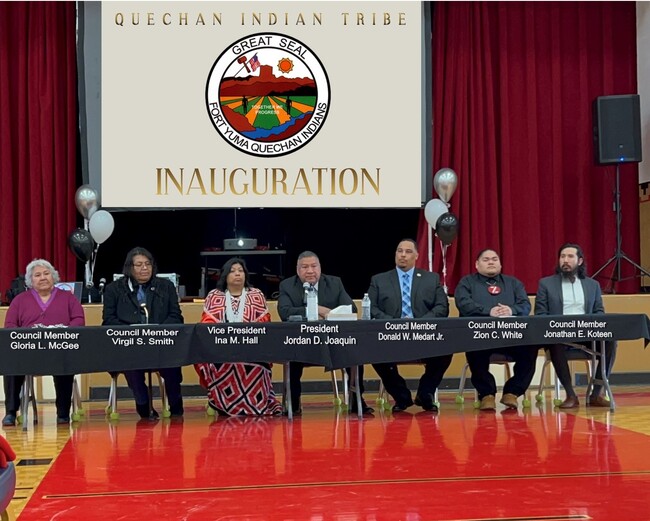 The Posting of Colors and the National Anthem sung by Officer John Nevels.

Additional videos can be viewed here.